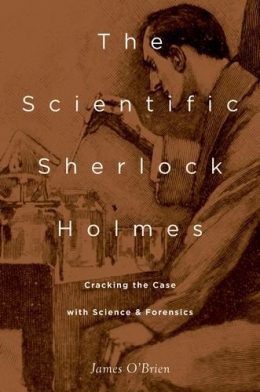 The Scientific Sherlock Holmes : Cracking The Case With Science And Forensics

One of the most popular and widely known characters in all of fiction, Sherlock Holmes has an enduring appeal based largely on his uncanny ability to make the most remarkable deductions from the most mundane facts. O'Brien provides an in-depth look at Holmes's use of science in his investigations. He reveals that Holmes was a pioneer of forensic science, making use of fingerprinting well before Scotland Yard itself had adopted the method, and discusses mathematics, physics, biology, astronomy, meteorology, and geology, always in the context of Holmes's exploits.