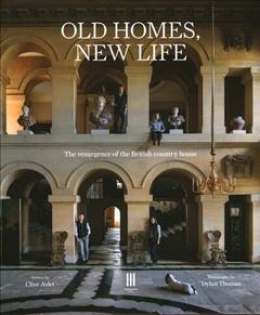 place hold (0)
This book is a sumptuously produced journey around 12 privately-owned country houses, asking what it is like to live in such places today. What role do they play in the 21st century? For many years after the second World War, the country house was struggling. Now a new generation of young owners, often with children, has taken over. They're finding innovative ways to live in these ancient, fragile and poetic places. While they treasure the history and beauty of the houses, they're also adapting and enhancing them for a modern era. This book is a behind-the-scenes account of today's aristocracy, as they reinvent the country house way of life. Each family does this in its own way, maintaining the tradition of individualism, even eccentricity, which is so much associated with country houses. Dylan Thomas' intimate photographs capture both the inhabitants of these houses and the spaces they occupy -- from State dining to family kitchen, walled garden to attic. This feast for the eyes is accompanied by text by Clive Aslet, based on interviews with family members. The result is an exclusive tour of a dozen spectacular homes.