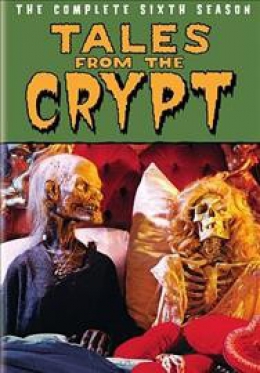 Tales From The Crypt [DVD]. Season 6

place hold (0)
If you've been missing the Crypt Keeper, here's a chance to improve your aim! But be warned: the cadaverous cut-up is your host for a 15-episode deathly digest based on classic horror comics from back in the day and featuring a parade of characters who are variously merciless, clueless, topless and headless. Benicio Del Toro, Terry O|Quinn, Hank Azaria, Shelley Hack, Isaac Hayes, Richard Lewis, John Lithgow, Wayne Newton, Isabella Rossellini, Rita Rudner, Slash and Humphrey Bogart (you read that right) are among the stars. And vampires, mad doctors, killers, ghosts and adulterers are eager to come out and play. We could tell you more, but that would be wrong. You do know rot from wrong, don't you?