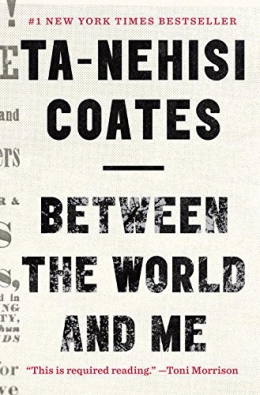 Between The World And Me

"For Ta-Nehisi Coates, history has always been personal. At every stage of his life, he's sought in his explorations of history answers to the mysteries that surrounded him -- most urgently, why he, and other black people he knew, seemed to live in fear. What were they afraid of? In Tremble for My Country, Coates takes readers along on his journey through America's history of race and its contemporary resonances through a series of awakenings -- moments when he discovered some new truth about our long, tangled history of race, whether through his myth-busting professors at Howard University, a trip to a Civil War battlefield with a rogue historian, a journey to Chicago's South Side to visit aging survivors of 20th century America's 'long war on black people,' or a visit with the mother of a beloved friend who was shot down by the police. In his trademark style -- a mix of lyrical personal narrative, reimagined history, essayistic argument, and reportage -- Coates provides readers a thrillingly illuminating new framework for understanding race: its history, our contemporary dilemma, and where we go from here"-- Provided by publisher.

Prologue : the talk -- PART 1. BETWEEN THE WORLD AND ME. The changes -- The second change : Malcolm and the body -- The third change : Mecca and the death of mythology -- PART 2. THE SOOTY DETAILS OF THE SCENE. The fourth change : New York and the death of mercy -- The fifth change : Gettysburg and the long war -- The sixth change : Chicago and the streets -- PART 3. A GRASSY CLEARING. The seventh change : eyes open to the world -- The eighth change : the blast -- Epilogue : into the world.